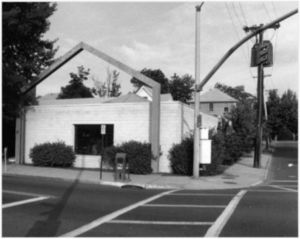 In the spring of 1970 Pelham Art Center was born as a two-day art and music festival called ‘The Pelham Art Happening’. A group of women from the Junior League of Pelham set out to curate a gathering held at the local high school where area residents and artists could enjoy musical performances, workshops, and art exhibits. After its success as an annual springtime event, the Pelham Art Happening was incorporated in the state of New York as a separate entity from the Junior League. Eventually a permanent space was established in the community and by 1980 there was a team of volunteers devoting their time to making the center a success. In 1985 the name was officially changed to Pelham Art Center and the center moved to its current location, a former gas station that was renovated into a 5,000 square foot space featuring a multi-purpose gallery, two workshop studios, and dark room which is now the media lab.

Timeline: 1969 through the present

2011-2018: The Folk Arts program flourishes under the leadership of Executive Director Lynn Honeysett.

2009-2010: The Boards and Executive Director Lisa Robb begins a phased renovation program for the entire facility. For Phase 1, $200,000 is raised to completely renovate 1,200 square feet in the front of the building to include a dedicated gallery and fine art storage area, a public reception area, and consolidated staff offices. Other work includes nine computer stations for a digital studio (formerly the darkroom), new lighting and art storage in Studio 1, and upgraded telephone, security and fire alarm systems.

1999-2008: Five staff members, a Board of Directors, Gallery Advisory Committee, Emeritus Board and dozens of volunteers and interns manage the varied, engaging and innovative Education, Outreach and Gallery Programs that now serve over 16,000 area residents. The operating budget exceeds $500,000 and has grown by 50 percent since 1992.

1995-1998: The Board of Directors initiate a second Capital Campaign with a goal of $500,000 to secure the long-term financial stability of the now established but still growing Pelham Art Center. The Campaign meets its goal and creates a Board restricted Reserve Fund and concludes in the summer of 1998.

1987-1994: Under Director Alison Paul, Pelham Art Center transitions from a volunteer to professional organization. Grants from government and foundations are sought and awarded, and the Board of Directors actively begins fundraising in the community. Programs begin to thrive.

1983-1985: A Capital Campaign is initiated and concluded in 1985 to renovate and expand the building for the organization to operate “under one roof.” $430,000 is raised to support the construction of the 5,000 square foot facility and exterior courtyard.

1980: Cities Services Gas Station and Body Shop donates its building and corner lot to Pelham Art Center. Two full time staff members, a Board of Trustees, and many volunteers are now involved with the organization.

1976-1979: Volunteers from Pelham, New Rochelle and Mt. Vernon devote thousands of hours, funds, and elbow grease to make the new center a success. The first paid employee (a part-time administrative assistant) is hired in 1976 and in 1978, the Cities Services Gas Station and Body Shop next door agrees to lease its vacated building to Pelham Art Happening.

1975: Under community leadership, a former bike repair shop and adjacent empty storefront on Fifth Avenue, Pelham’s main street, is leased and The Pelham Art Happening blossoms from a two-day event into a year round community art center offering art and dance classes, exhibitions, performances, and a store.

1971-1974: The annual arts and performance event continues each spring. In 1972, Pelham Art Happening incorporates in the State of New York as a separate entity from the Junior League, from which it received support since 1969.

1969: In connection with the Metropolitan Museum of Art’s centennial, area chapters of the Junior League are encouraged to plan community arts events to celebrate the cultural, performing and visual arts in local settings. Several women in the community and the Junior League of Pelham developed an ambitious plan for a town-wide art and music festival: The Pelham Art Happening.