Angels in the Chamber in Concert 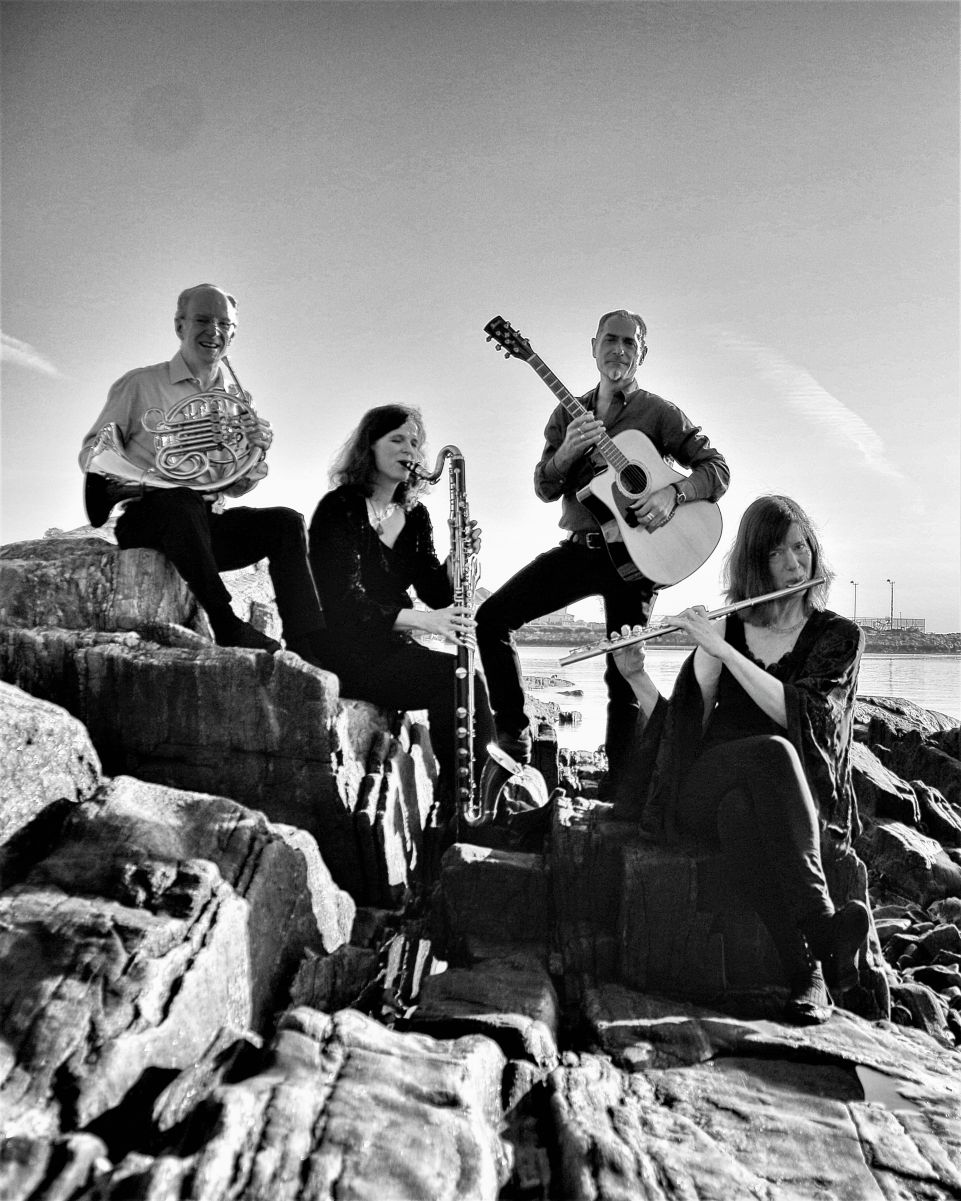 The music of Angels in the Chamber is unique under the heavens. Featuring Garry Novikoff
(piano/guitar/vocals), Pamela Sklar (flute/alto flute), Enid Blount Press (clarinet/bass clarinet)
and Marc Wager (French horn/backing vocals), the Angels weave elements of rock, pop,
classical, improvisational and atmospheric music into a highly original genre all its own. Their
material co-features originals and group arrangements of inventive covers from the 1960s and
70s; the golden age of what was called art rock or progressive rock. They also go back in time
to reinvent and re-imagine works from the Civil War era.
Finalists in WNYC’s Battle of the Boroughs concert at the Greene Space hosted
by WQXR’s Terrance McNight, the Angels were featured on Bob Sherman’s radio show
Woody’s Children on WFUV in New York. Their music can also be heard on other radio stations
throughout the USA