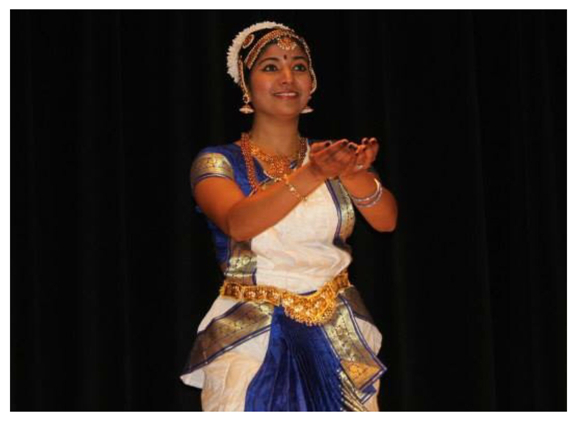 Pelham Art Center’s popular Diwali, Hindu Festival of Lights, returns as part of its Folk Arts Series on Saturday, December 2 from 1:30-3:30 pm. Join us for this colorful and festive event with a free ancient Indian classical dance performance, traditional hands-on art workshops and receive Mehendi henna body art from artist Manjula Kandaswamy. Dancer Liza Joseph will present Mohiniyattam dance from the state of Kerala, India. She will also teach a few of the simple hand gestures and footwork from the dance so the audience can join in.

Running throughout the event will be two hands-on art workshops led by Anki King and Becky Mills. One workshop will invite painting based on Indian traditional Gond works; the Gond people have a belief that viewing a good image begets good luck. In the other workshop, participants will be able to design their own stamps. The United States Postal Service has honored Diwali with a stamp, so let us make our own celebratory stamps!

About Diwali
Diwali is a major festival for Hindus, Sikhs, Buddhists, and Jains, who believe that light is a metaphor for knowledge and signifies health, wealth and peace. Diwali is celebrated as the “Festival of Lights,” in which participants light diyas—cotton-like string wicks inserted in small clay pots filled with oil—to signify victory of good over the evil within an individual, and uplifting of spiritual darkness. The festival symbolizes unity in diversity as every region of India celebrates it in its own unique way. The five day Diwali festival usually occurs during October or November, with the main day of celebration varying regionally.

About Liza Joseph, Dancer
Liza is the Director of NatyaMudra Dance School (www.natyamudra.com). For close to 30 years Liza has learned, read, watched and taught dance. She has been taught by Gurus like RLV Ush  and Smt. Chellamma. From the latter she learned Mohiniyattom, the dance being performed at PAC. She has also done intensive workshops under Padmabhushan V.P Dhananjayan and Shantha Dhananjayan and Mrs. Majari Chandrashekhar daughter of Padma Bushan Prof. C.V. Chandrashekhar. Liza believes that learning has no end as her journey through dance continues with Mrs. Shyamala Surendran of Dharani Performing Arts during her visits to India. In addition to regular classes at various locations, NatyaMudra also offers intensive workshops by visiting artists from India.

About the history of Mohiniyattam dance style
Mohiniyattam, a classical dance of India that developed and remains popular in the state of Kerala.  Mohiniyattam dance gets its name from the word Mohini – a mythical enchantress avatar of the Hindu god Vishnu, who helps the good prevail over evil by deploying her feminine powers. Mohiniyattam’s roots, like all classical Indian dances, are in the Natya Shastra – the ancient Hindu Sanskrit text on performance arts, following the Lasya style. That is a dance which is delicate, and feminine.  It is traditionally a solo dance performed by women after extensive training. The repertoire of Mohiniyattam includes music in the Carnatic style, singing and acting a play through the dance, where the recitation may be either by a separate vocalist or the dancer herself. The song is typically in Malayalam-Sanskrit hybrid called Manipravala.

About Manula Kundaswamy, Henna Body Art
Henna/Mehendi is the ancient art of creating intricate patterns/designs on various parts of the body using Henna paste. The paste is made from the leaves of the henna plant, a naturally occurring dye that stains the skin like temporary tattoos lasting for a few days. Manjula Kundaswamy has over 10 years experience in the Henna/art field. She is very innovative and creates unique and distinct works ranging from traditional to contemporary designs.