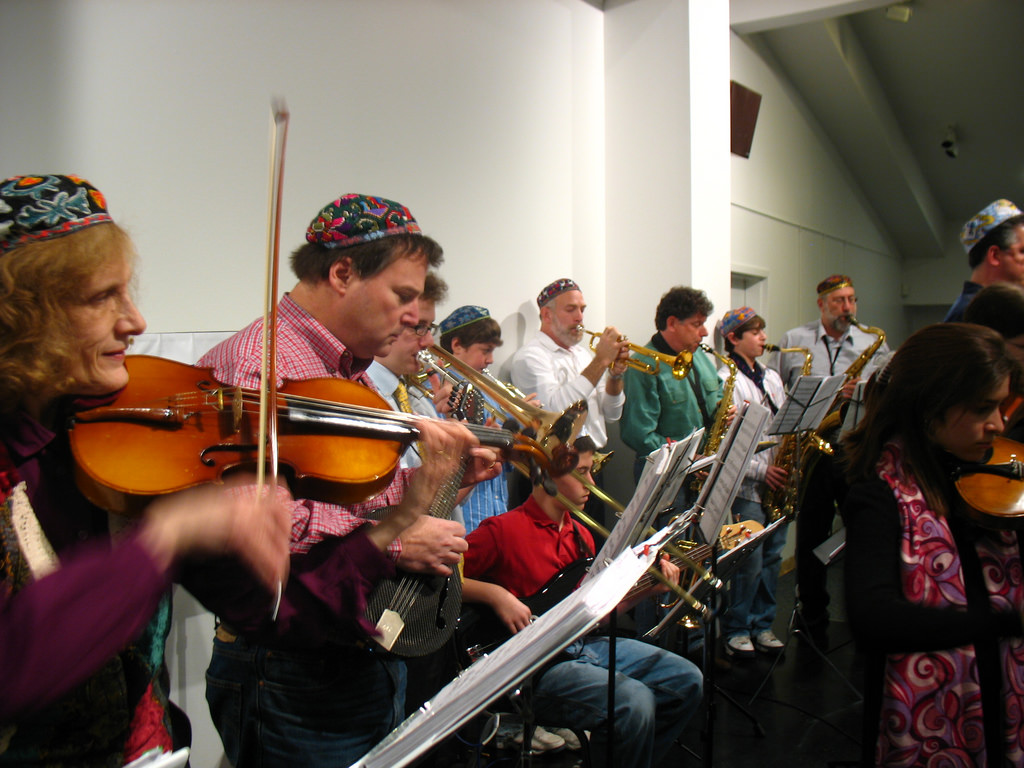 We are getting closer to summer and we celebrate with The Westchester Klezmer Program under the direction of Kenny Green. They will perform entertaining, lively and uplifting classic Klezmer music consisting of freylekhs, horas, bulgars and sing-alongs beginning at 1:30 pm

The Westchester Klezmer Program is dedicated to preserving the celebratory secular musical heritage of Eastern European Jewry.  Adult, teen and youth ensembles perform community service by playing at nursing homes, libraries, and community events including special concerts for the developmentally disabled. The program welcomes amateur and professional musicians of all ages to join their bands which practice in Tarrytown and Bedford.

Klezmer is a musical tradition of the Ashkenazi Jews of Eastern Europe. The genre originally consisted largely of dance tunes and instrumental display pieces for weddings and other celebrations. So it is generally hard to sit still while hearing this music.

In the United States the genre evolved considerably as Yiddish-speaking Jewish immigrants from Eastern Europe, who arrived between 1880 and 1924, met and assimilated American jazz. During the initial years after the klezmer revival of the 1970s, the American sub-variety was what most people knew as klezmer, although in the 21st century musicians began paying more attention to the “original” pre-jazz traditions as some revivalists have spent years doing field research in Eastern/Central Europe. Compared with most other European folk-music styles, little is known about the history of klezmer music, and much of what is said about it remains conjectural.

After the musical performance there will be a workshop on creating hand rolled beeswax candles by fine artist and certified art teacher Iris Schechter. The candles will be decorated to create that special artistic and personal touch.