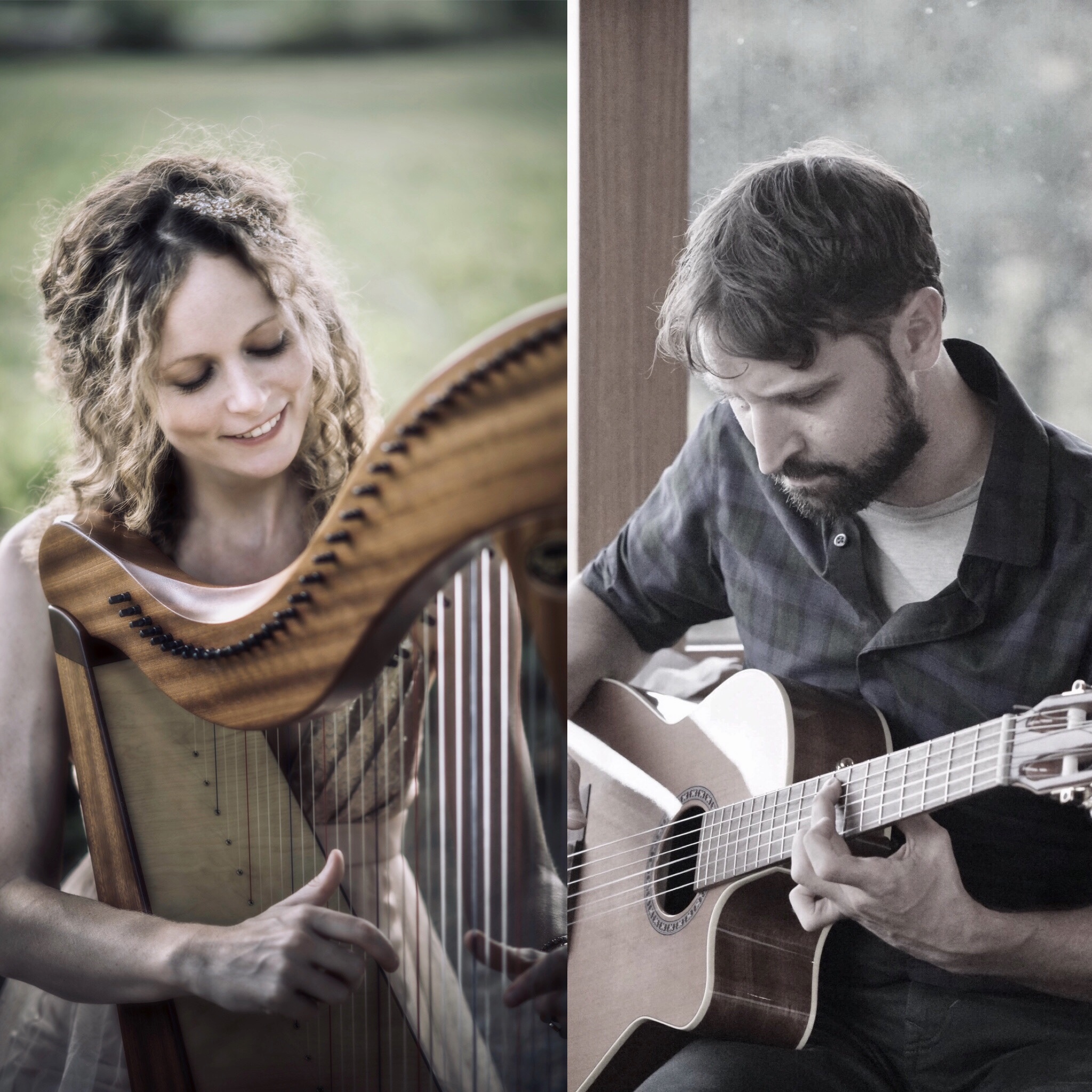 Pamela & Gerard are both teachers and performers in the Rockland County area. With both
being string players, Pamela a harpist and Gerard a guitarist, the two blend their instruments into
beautiful arrangements of well-known classics. The two began collaborating musically 3 years ago and
have developed a repertoire of pop, classical, and varied other styles into their instrumental covers
including The Beatles, Cyndi Lauper, Nirvana, and many others.

Join us in our courtyard.  (event will move into the gallery with inclement weather)

This event is free and Open to the Public.