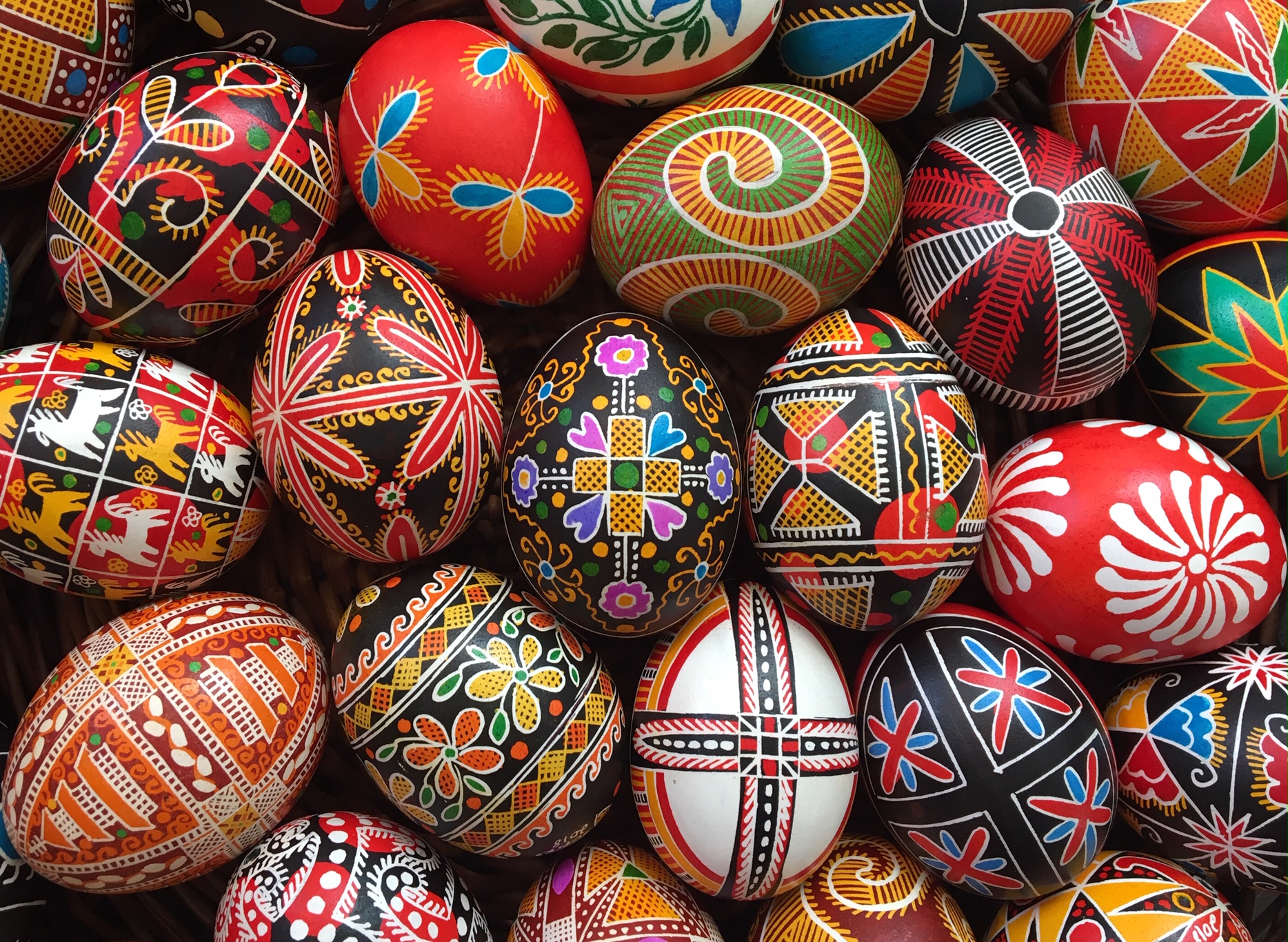 Free & Open to All

Created using the batik wax-resistance technique, the Ukrainian Easter egg or pysanka (from the word “pysaty” or “to write”) was believed to possess enormous power. For the ancients, holding a pysanka in one’s hand was a way of harnessing the power of the sun. The whole egg represented the rebirth of nature, while the yolk alone was a symbol of the all-powerful sun god. Pysanky (the plural of a pysanka) were revered as talismans: they protected the family against evil, disease and fire. They could bring good luck, health, wealth and a bountiful harvest. Join us at the Art Center on Wednesday, April 6th at 6:00pm to learn more about this rich Ukrainian tradition and the history behind it.

Artist and ethnographer Sofika Zielyk, a native New Yorker, holds a degree in Art History  from New York University. She started making pysanky and ceramics when she was six,  having learned the basics of these traditional Ukrainian art forms from her mother. What  began as a hobby has through the years developed into a professional pursuit. Sofika has  lectured and exhibited her work most notably at the Metropolitan Museum of Art,  the American Museum of Natural History, Museum of Arts and Design, the office of  the Security Council at the United Nations in New York, the Embassy of Ukraine in  Washington, D.C., America House, a component of the US Embassy in Kyiv, at the  residence of the Bishop of the Eparchy of the Ukrainian Greek Catholic Church in  Vincennes, France and in Rome, Italy at the Church of Santa Sophia.   Her pysanky are in  the permanent collection of the Ukrainian Museum in New York, the Embassy  of Ukraine in Washington,D.C., America House in Kyiv and the Pysanka  Museum in Kolomyja, Ukraine. Interviews with Sofika have been published in New York  Newsday, The World and I, The New York Daily News and Crain’s New York  Business. In 1992 Sofika was the first American of Ukrainian descent to exhibit her work in  her ancestral homeland (Taras Shevchenko Museum, Kaniv, Taras Shevchenko  Museum, Kyiv.) She has also been accepted as a full-fledged member of the prestigious  Association of Folk Artists of Ukraine. Photographs of Sofika’s work have been prominently  featured in the book “Festivals of the World: Ukraine” published by Times Editions, in a  coffee-table book entitled “Decorative Eggs “ published by Crescent Books as well as in  “Malevich” by Rodovid Press. In early 1993, a bilingual book on “The Art of the Pysanka”  by Sofika was published in Ukraine. It contains 100 color photographs of her eggs as well  as sections on the lore of Ukrainian Easter eggs and step-by-step instructions.  In 2014-2015 Sofika was living in Kyiv having received a Fulbright Scholar grant. Her topic  of research was “Folk art as inspiration and muse for early 20th century artists of Ukraine”.

This event is presented with support from: