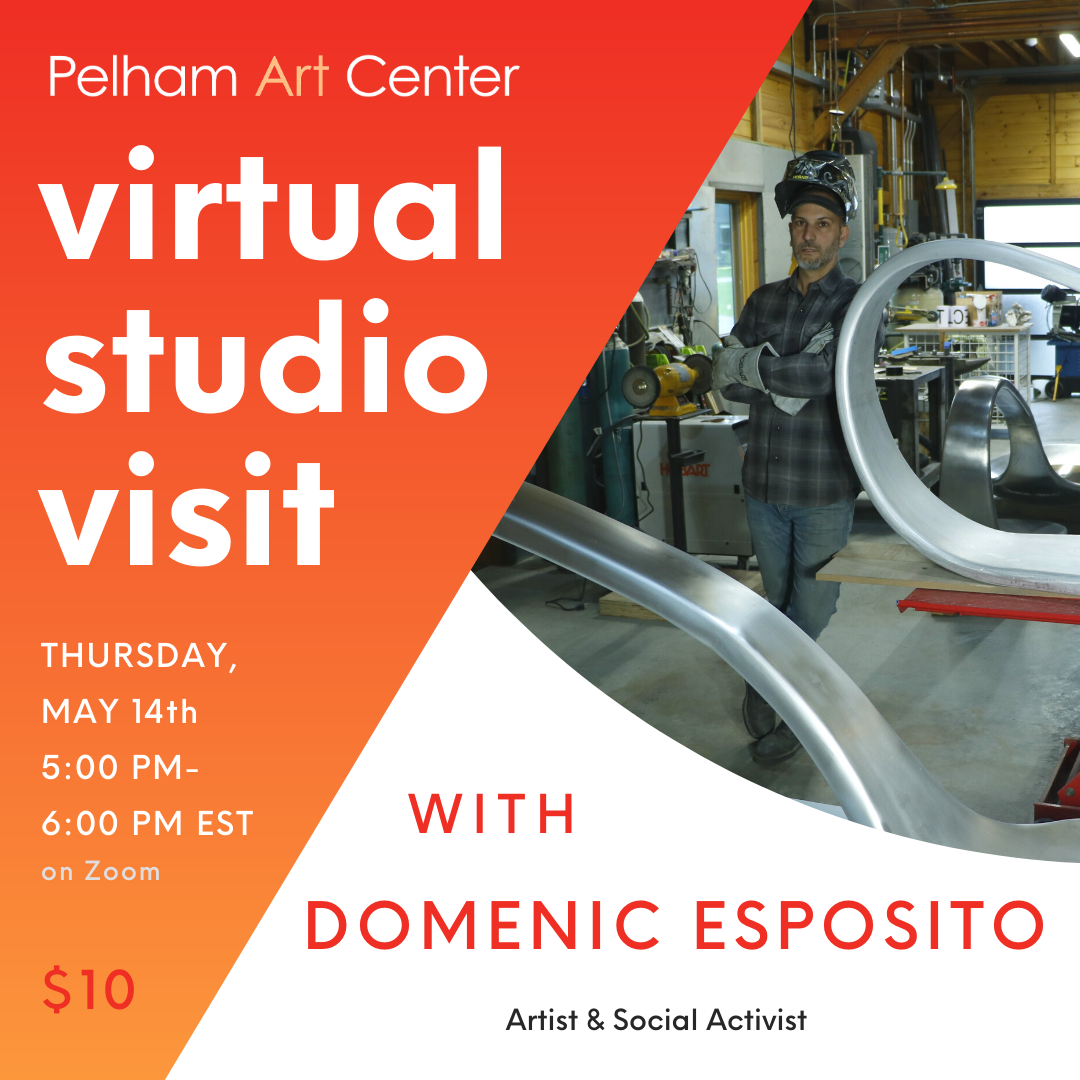 Domenic Esposito is an artist and activist living in the Boston area. Running as an undercurrent to his sculpture is Esposito’s passion for architecture. Strong lines and foundational elements are critical to his work — draftsmanship and construction are nearly as important as aesthetics. Later works are increasingly emotional and wrought with social messages and cues that demonstrate an artist coming into his own. Most recently the artist embarked on an ambitious, personal and controversial project with the “Purdue Spoon”.

A budding obsession with metalworking has led the artist on his current path. Esposito is the son of immigrant Italian parents and was raised in both Boston and Italy. Though early schooling introduced him to art and architecture, unlike many other artists, Esposito’s path to metalworking came later in life.

In his work, the artist seeks to incorporate elements of culture that go beyond his native Italian aesthetic. In particular, many of his earlier pieces draw on architectural techniques of Asian cultures.

Zoom information will be sent by email approximately 2 hours prior to event.

To ensure you can join on time, please use the zoom link to register at least a few minutes before start time. Make sure [email protected] is not bouncing to your spam folder. Thank you!