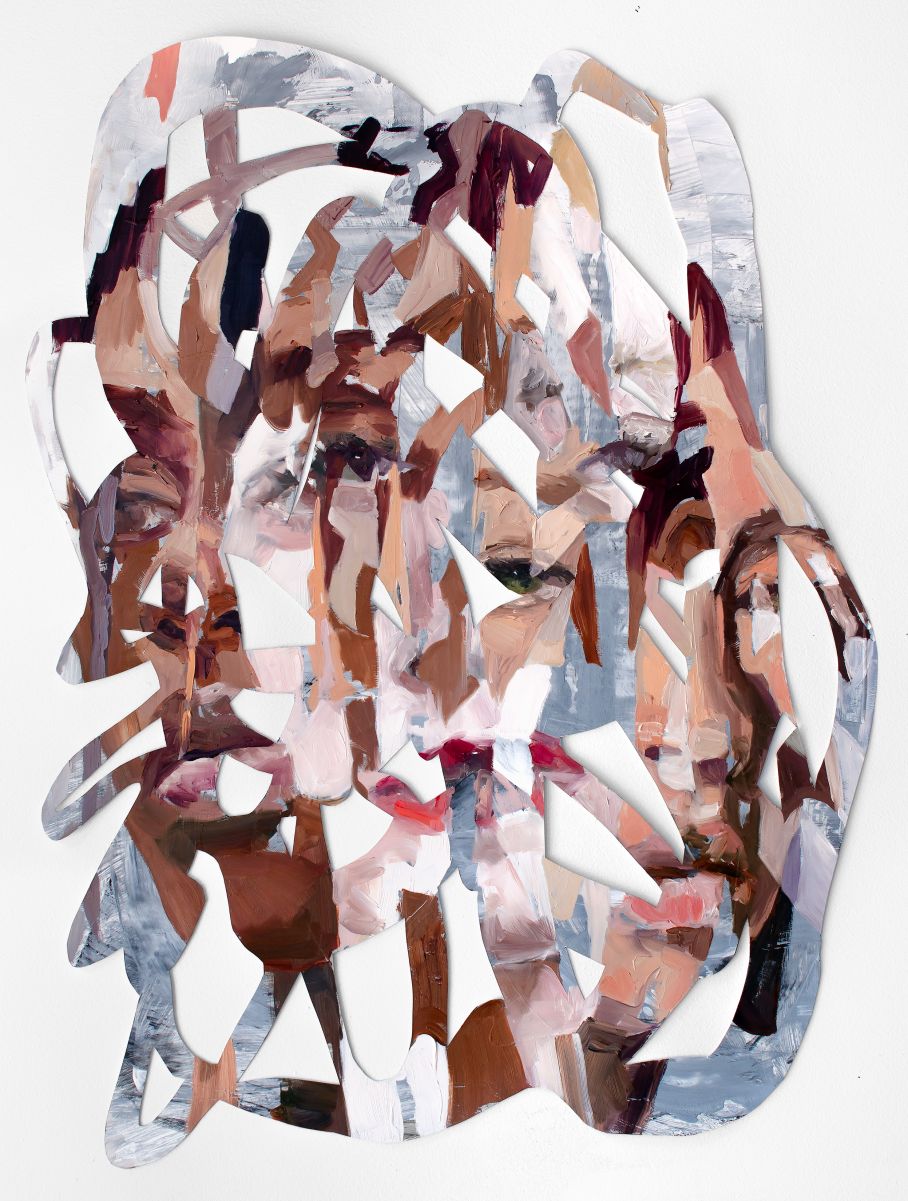 The pandemic has shattered the status-quo. What was considered “normal” life has now been ruptured, changing economic conditions, family roles, and emphasizing inequities in the socio-political systems. The passage of the 19th Amendment guaranteeing and protecting women’s constitutional voting rights celebrates its 100th Anniversary this year. The all women group show “Domestic Brutes” is titled after a quote from the mother of Feminism, Mary Wollstonecraft, who referred to women’s role in 18th century English society as the link between man and animal. Featuring sculpture, installations and paintings by contemporary women artists from the greater New York City region, Domestic Brutes examines questions of identity, beauty, body, women’s social roles and careers, engaging the visitor with diverse approaches of what feminism means in American society today.

The works are as diverse in media as the artists themselves – from printmaking and drawing to painting, soft sculpture, ceramics, and video — overall the artworks are unified by each artist’s rigorous attention to detail, which comes out of appreciation and expertise in their particular medium. Aisha Tandiwe Bell’s ceramic mixed media paintings and Joiri Manaya’s video depicts female figures as both standing apart from and blending into their environments. Aisha Tandiwe Bell explores individual burdens, insecurities, and self prescribed traps, while the work also explores our ability to transform, resist and escape these traps.

Lacey McKinney, Diana Schmertz, Manju Shandler, Alisa Sikelianos-Carter, Fay Ku and Simonette Quamina address through abstracted portraiture, recent issues related to perception of race, identity, gender roles, equality and women’s constitutional rights. What was historically used as almost a prop in the old masters paintings, the nude female to be gazed upon, here seen from the artists own point of view, they have used this to their advantage, sharing their observations, telling their own narratives, and in a show of female empowerment engage the audience and community through their Art.

Melissa Stern, Nancy Elsamanoudi and Rose Nestler utilize iconic female items of fashion like high heels and bras as a witty and playful take on stereotypes of female beauty and the absurdity of feminine fashion. Tirtzah Bassel, Ashley Norwood Cooper, Maria de Los Angeles, and Sharon Madanes address issues of motherhood, the roles within the home and work environments, including the complexities of the immigrant experience particularly during this time of political divisiveness and upcoming election.

Today, the exhibition in the context of this historic centennial offers an unparalleled opportunity to open up pivotal issues related to women’s rights, the way that female beauty and body have been depicted throughout history, as well as notions of activism. “Domestic Brutes” originated as a term to describe the ways in which confining women to simply as helpless adornments of the household turned them into domestic tyrants, but here, over 100 years later, these artists channel that anger through their choice of art and activism, using their opportunities to raise questions on how to further advance the continued progression of Women’s Equality especially at this pivotal election year

Art Spiel – Reflections on the work of contemporary artists