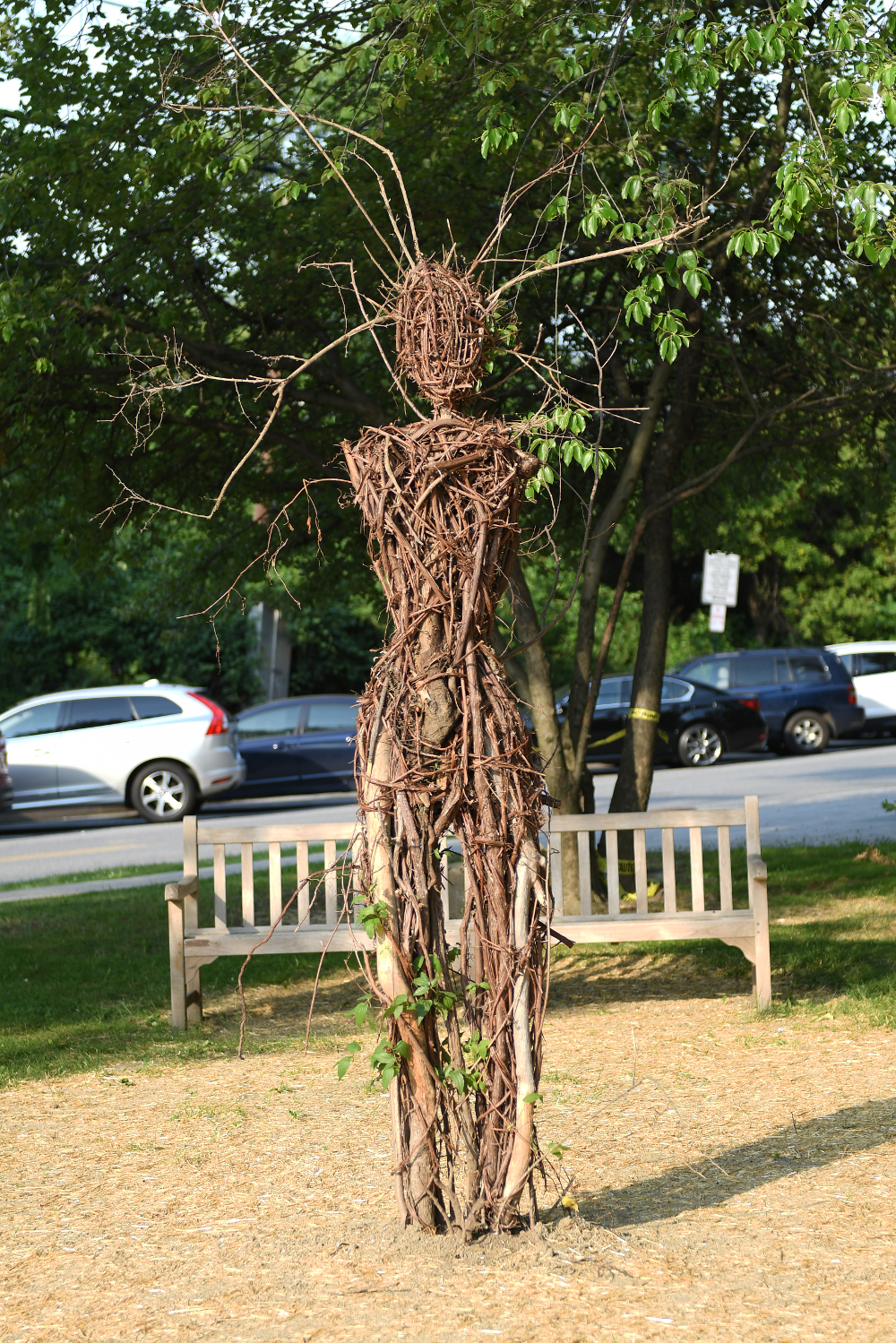 Human Nature is created from natural materials (branches and vines), woven together in a human form. As humans we are dependent on nature and there is a tension effected as we are, at the same time, capable of destroying it and thereby ourselves. If we are able to see ourselves as part of nature instead of separate from it, we can be sensitive to the balance that is necessary for us to thrive.

Anki King grew up in a small village in Norway. After completing her arts education in Oslo, she moved to New York City in 1994 and studied at The Art Students League until 1998.  King exhibits frequently both in Europe and in the United States. Her work is included in private and public collections including the Appleton Museum of Art, in Ocala, FL.  King has also exhibited at the Katonah Museum of Art, NY, Las Cruces Museum of Art, NM, and the Metropolitan Museum of Art in Tokyo. She teaches and lectures at institutions such as The Art Students League of NY, Pelham Art Center. In 2010 she was the winner of the Artist of the Year Award in the London International Creative Competition (LICC).