Wiechquaes Keck by Anthony Heinz May 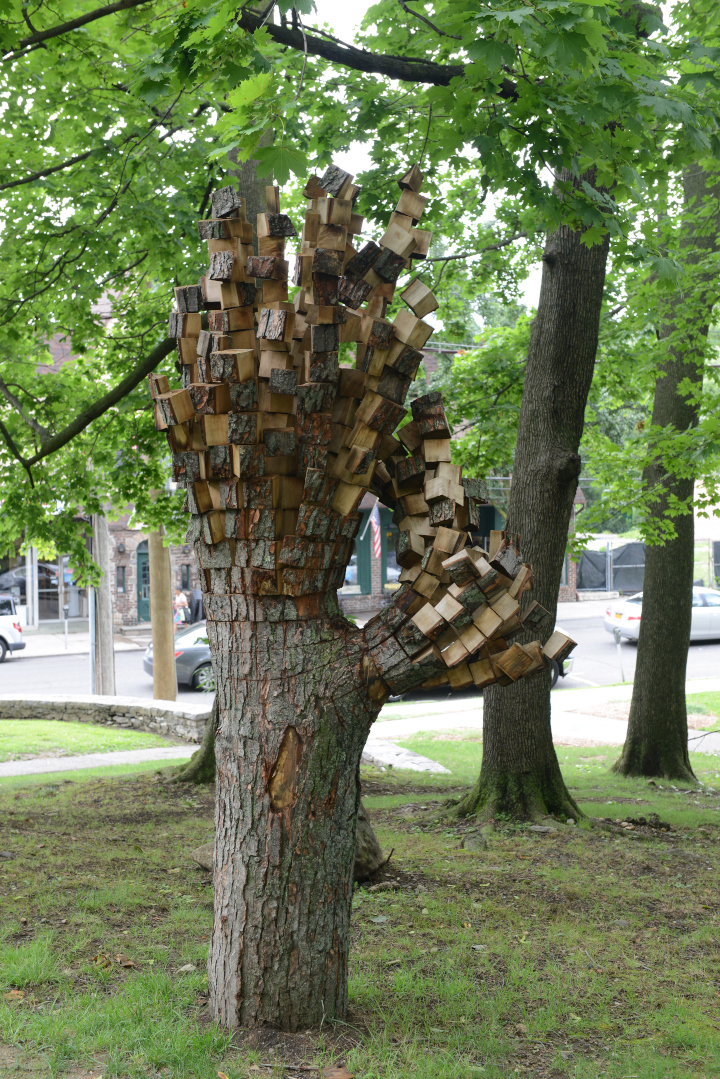 Massive trees on the edge of rural Oregon valleys and farmlands where Anthony Heinz May grew up root his earliest memories. Much of his time was spent in contemplation of the natural world encompassing him.

Still fascinated by nature and its complexity, Heinz May combines his earliest visions and how humans relate to nature with his current home in NYC. The human constructed, squared world of concrete, steel and glass inform his geometric grid overlapping of nature.

The tree sculpture grows out of the ground like a natural tree and is broken into units reminiscent of pixels on screens that make up digital imagery.

The title Wiechquaes Keck honors the Native American tribe (Munsees) associated with the area of Pelham as originally called Wiechquaeskeck. The deed of the land conveyed to the Director General and Council of New Netherland identified it as “Wiequaes Keck”. Heinz May fused the two names in the title of the work.

The artist does not cut down trees for his installations.  He finds materials in a variety of natural, rural and urban places including parks, forested areas and wherever trees have been uprooted, cut-down or displaced by human activity and storms (which from the perspective of Heinz May and his artistic practice, are arguably one and the same).