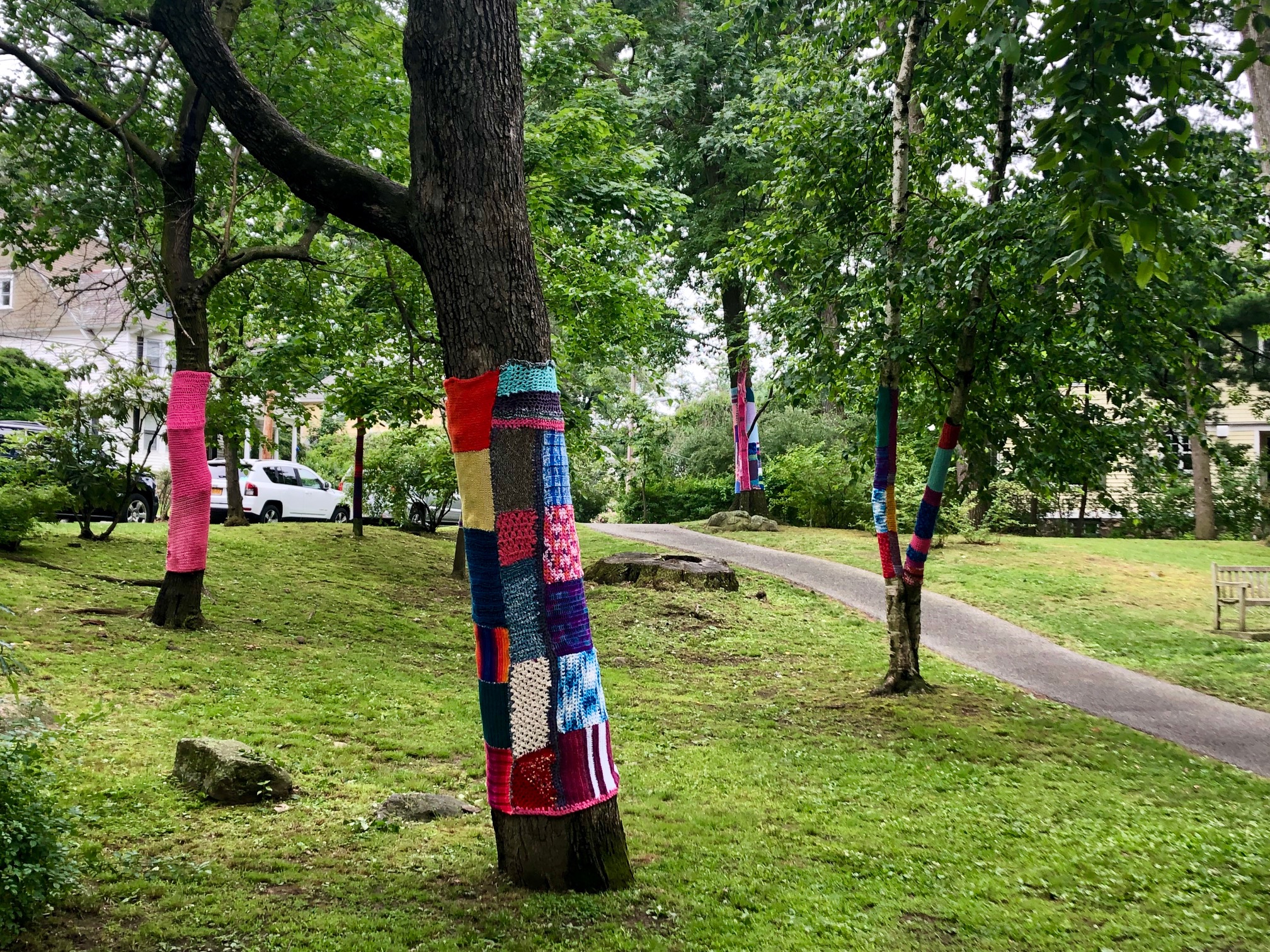 Melissa Maddonni Haims is a sculptor based in Philadelphia who creates knit graffiti, soft sculpture, and large-scale installations using knitted and crocheted yarns.  The majority of her work is produced using recycled, reclaimed and rescued textile materials.

She attended East Coast art schools studying sculpture, painting and printmaking. Melissa has produced installations in nature preserves and arboretums throughout the East Coast. She is excited to share her work with the Pelham community this summer and fall. The artist will be present at ArtsFest 2019 to create with the community on Saturday, October 5th from 10AM-2PM. Participants are invited to come build a custom installation in the Pelham Art Center Courtyard. Bring a knitted or crochet 10″ x 20″ rectangle of any color or style. Any yarn will do, but remember: natural fibers will fade.

Melissa’s work has been shown in galleries and museums and is held in private collections throughout the United States. In 2014 she was featured on an A&E network television program about artists who make work out of unusual materials. She has been yarn bombing internationally since 2010.

Ms. Haims has been exhibiting at contemporary art fairs since 2011. During Art Basel Miami she was awarded the Tomorrow Stars prize at Verge Fair in 2011, and was invited to show public installations in 2012, 2013 and 2014. In 2015, she was nominated for the Pulse Prize at the Pulse Contemporary Art Fair in New York City during Armory Week. Recently she has been featured at SPRING/BREAK Art Show in New York and Spectrum Fair in Miami.