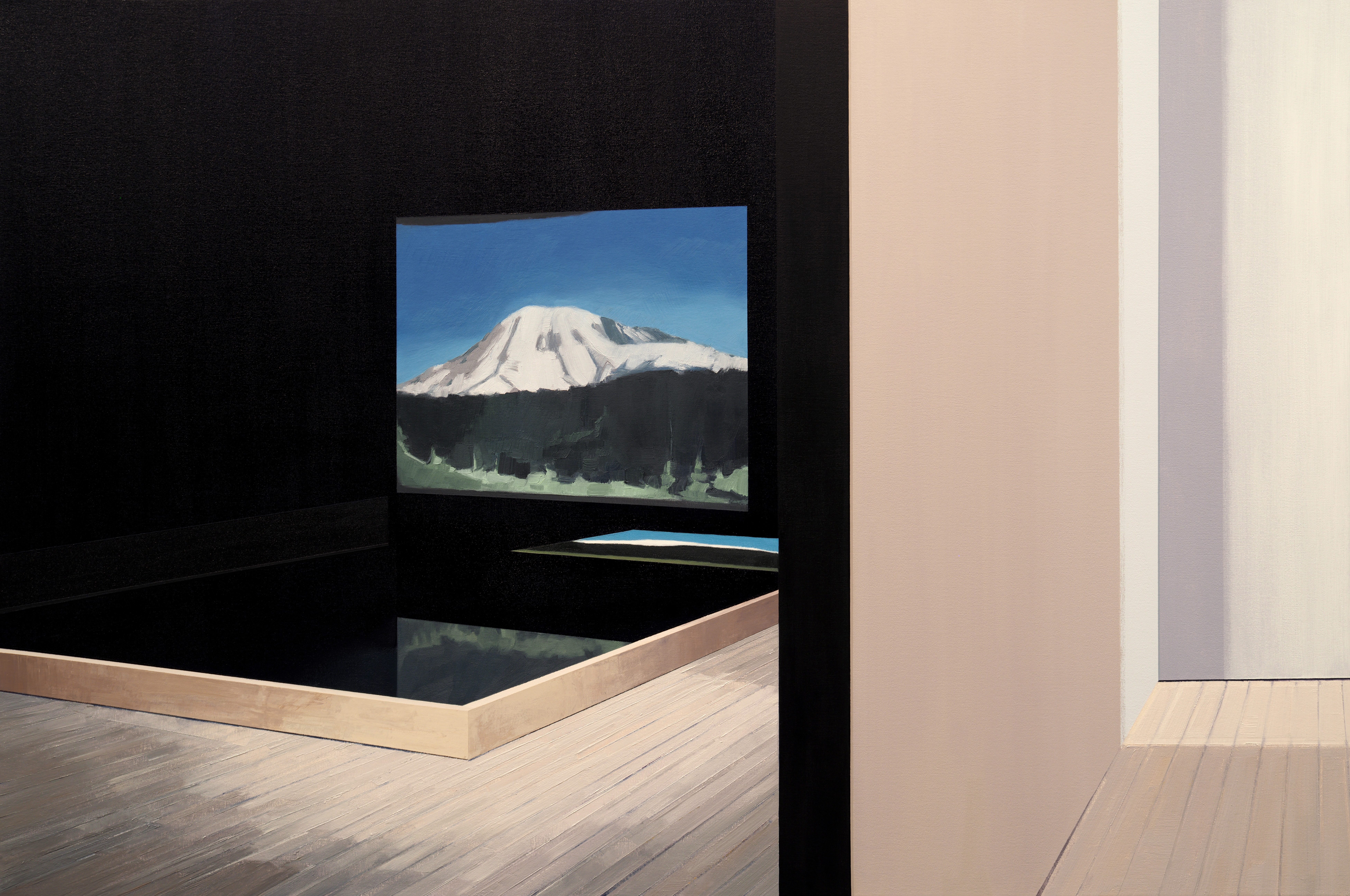 An opening reception took place Friday, May 3rd at Pelham Art Center for the solo exhibition of paintings by Colorado artist Sarah McKenzie, winner of the 10th Alexander Rutsch Award in Painting.  Members and friends of the Rutsch family, associates of the artist including several collectors, and community members were in attendance as Sarah McKenzie accepted her award in the gallery.

McKenzie has exhibited at art fairs and galleries across the United States since earning her MFA in Painting from University of Michigan in 1998. She has received numerous honors and awards throughout her career including a Joan Mitchell Painters & Sculptors Grant through the Joan Mitchell Foundation, New York, and most recently an artist residency at the Ucross Foundation, Clearmont, WY.  Sarah McKenzie was selected for the 2019 Alexander Rutsch Award from among ten finalists and 467 total applicants nationwide.  The jury included Keith Schweitzer of SFA Projects, Art Historian Lisa Koonce, artist and professor Lisa Corinne Davis, artist Anki King, gallery advisory board members of the Pelham Art Center, and members of the Rutsch family – among them artists, curators, and art professionals. Finalists are judged with an eye to the breadth, content, and creativity to anchor a solo exhibition. 2019 Alexander Rutsch Award finalists included: Gabe Brown, Elise Church, Patrick Hammie, Adrian Hatfield, Katherine Mann, Heather Morgan, Christina Nicodema, Sarah Black Saddler, and Jaye Schlesinger. The group represented a wide range both regionally and stylistically, showcasing a remarkable diversity of artistic talent.

Sarah McKenzie’s artwork explores the architecture of exhibition space. Her visceral depictions of spaces in a state of flux emphasize geometry, pattern, and surface, walking the line between realism and abstraction. The twelve paintings included in her show at Pelham Art Center are selections from her White Walls series, which explores exhibition spaces as places of constant flux. “These white-walled rooms are at once austere and lavish; makeshift and highly controlled; impersonal and sacred,” says McKenzie. “I am interested in the notion of spectacle and the role that architecture plays in orienting the viewer’s experience of a work of art.”

The exhibition is on view May 3rd-June 22nd in the Art Center Gallery and includes a selection of original works by Alexander Rutsch.

McKenzie will give an Artist Talk from 2:00-4:00PM at Pelham Art Center on Saturday, June 15th.

The Alexander Rutsch Award and Exhibition program continues Rutsch’s belief that art transcends all of our humanity. Rutsch saw art as “the stone in the water sending ripples throughout the universe.” His extraordinary work, rich in the celebration of life and our shared human experiences, is included in many of public and private collections throughout the U.S. and Europe.

About Alexander Rutsch
Alexander Rutsch was born in Vienna, Austria.  After studying voice in Austria he became an opera singer like his parents, but after WWII, Rutsch’s love for visual expression propelled him to change careers.  He was a painter, sculptor, philosopher, musician, singer and poet. His life as a romantic is reflected in his work, as he sought to perfect his soul and humanity, “I paint my dreams,” said Rutsch.  “My dreams are color and life. They soar in my head like millions of symphonies. I can never stop building dreams.”